We are delighted to have secured a diverse and exciting range of Key Note Speakers for the 2021 NZLA Conference.


To ensure you are kept up to date on all matters relating to the Conference make sure you follow the HB Literacy Association Facebook page.

Russell Bishop is Emeritus Professor of Maori Education in the Faculty of Education at the University of Waikato, Hamilton, New Zealand. He is well known for directing the development of Te Kotahitanga, a large New Zealand Ministry of Education funded research and professional development project from 2001 to 2012. This project demonstrated how teachers and other school leaders could improve the educational achievement of Maori students in mainstream classrooms by implementing a culturally responsive pedagogy of relations. Since his retirement from Waikato University, he has developed the notion of relational pedagogy and leadership further with Cognition Education in New Zealand, Australia and Canada. He is the author of 8 books and approximately 90 other quality assured publications. He has delivered over 100 keynote addresses, nationally and internationally and has won numerous awards for his work including a recent ONZM. 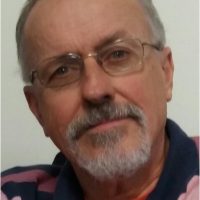 Dr Murray Gadd lives on Waiheke Island and works nationally and internationally as a literacy facilitator and researcher. His specialist interest is the effective teaching of writing which was the subject of his PhD for the University of Auckland. For the Ministry of Education, he led the team that developed the National Writing Exemplars, he wrote ‘Effective Literacy Practice Years 5-8’ and he led the team that developed the English section of The New Zealand Curriculum. More recent projects have included co-leadership (with Professor Judy Parr) of a 2-year research project on ‘Working effectively with priority learners in writing’ with 5 diverse schools across the country, and co-authorship (with Professor Parr, Professor Rebecca Jesson and Dr Rae Si’lata) of a major review for the Ministry of Education of evidence-based approaches to the teaching of writing. He also travels regularly to Sweden where he works for the University of Stockholm on issues around teaching writing to students with intellectual disabilities. He is never happier, however, than when he is in a classroom interacting with children, whether in New Zealand or somewhere else around the world. He was especially delighted, during our Covid lock-downs last year, to be able to support teachers, students and parents/caregivers across Aotearoa with a series of videoed writing lessons based largely around some of his favourite picture books. 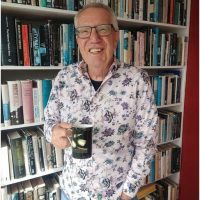 Dr Alison Davis is the leader of the Vision Education PLD team who provide professional learning and development across New Zealand in each of the national priority areas. Her PHD was completed in 2006 and investigated the characteristics associated with raising the reading comprehension achievement of underachieving students’ in Years 3–9. Since then, Alison has been the author of 5 professional texts, available across NZ and internationally and has authored a number of journal articles including a recent article in SET 2019 on Student Agency. Alison is a well-known and highly respected leading researcher, writer, speaker and staff trainer with experience working in Asia, Australia, the Middle East and the United States. She is particularly known for her research on reading comprehension and writing instruction and for coaching and developing initiatives focused on accelerating and sustaining improved levels of literacy achievement. Alison’s background and research is strongly focused on metacognition, formative assessment and differentiation. 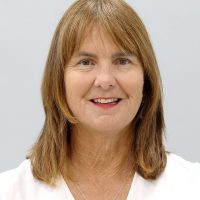 Ian’s back story is a fascinating journey, from growing up in a house without electricity in the 1950s, to being part of a company recognised globally as being at the leading edge of technology and innovation.

A former television presenter for TVNZ children’s programmes like Play School, Spot On, and New Zealand’s Funniest Home Videos, his very public life started when he joined the band Kal-Q-Lated Risk in 1967 as lead singer. After a stint in the army in the 1970’s Ian went on to complete an LLB degree from the University of Otago before setting up Taylormade Media, a television production company in 1989.

The following year he established Animation Research Limited (ARL), which quickly became one of the top computer animation companies in New Zealand and known internationally for its work, particularly in television advertising and sports graphics.

ARL’s sports division, ‘Virtual Eye’, provides award winning graphics globally across a wide range of sports.This year marks almost 30 years since they developed the first graphics for The America’s Cup back in San Diego in 1992.

In 2014 ARL won a prestigious Sports Emmy for “Outstanding New Approaches to Sports Coverage,” and they have been recognised by the New Zealand Hi-Tech Trust with a special “Life Time Achievement Award.”

Personally, Ian has also received a number of honours; 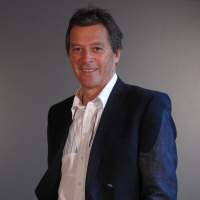 Sheena is an experienced teacher who has taught at primary, intermediate and tertiary levels. Sheena currently facilitates literacy workshops both in New Zealand and internationally and is the author of a number of books including Teaching Reading Comprehension Strategies (2009) and with Louise Dempsey, The Writing Book (2013), The Oral Language Book (2016) and The Reading Book (2019). In 2021, Sheena was appointed as a Member of the New Zealand Order of Merit for services to education.

Louise Dempsey is an experienced teacher, consultant and trainer who has worked in New Zealand and the United Kingdom. She facilitates literacy training and professional learning around New Zealand and Australia and has completed a range of writing projects for NZ and English publishers, including the Department of Education in the United Kingdom. With Sheena Cameron, Louise co-authored The Writing Book (2013), The Oral Language Book (2016) and The Reading Book (2019). 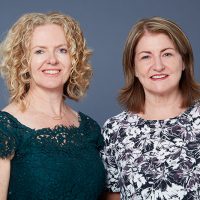 Authors books will be on sale throughout the conference with opportunities for Book Signings – thanks to Wardini Books.

Cristina Sanders is an historical fiction writer from Wellington, now living in Hawke’s Bay. She has a regular book review and blog website. She began life in the Gateway Children’s Bookshop, spent some years with Collins Publishers in NZ, Hodder & Stoughton in London and back to Booksellers New Zealand, followed by a business career. In 2018 she completed the Graduate Diploma in Creative Writing at Whitireia and now writes full time. She sits on the board of the NZSA, plants trees, and is a volunteer crew member of the Spirit of New Zealand.
Her debut novel, Jerningham, about the Wakefields and the recklessness of colonial New Zealand, was published by The Cuba Press in June 2020 and shortlisted for the NZ Heritage Literary Awards.
Displaced, which won the Storylines Tessa Duder award for a YA manuscript, follows Cornish and Norwegian immigrant families into 1870s Hawke’s Bay. Displaced was published by Walker Books in April 2021.
https://cristinasanders.me/ 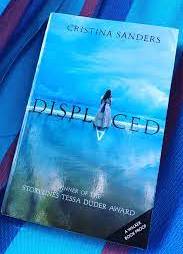 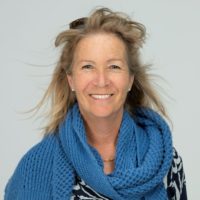 Chris Szekely works for the National Library of New Zealand where he is Chief Librarian of the Alexander Turnbull Library.

A Fellow of the Library and Information Association of New Zealand (LIANZA) and Life Member of Te Ropu Whakahau (Mâori Library & Information Professionals’ Association), he began his library career 25 years ago in the Auckland School Library Service.

His first picture book, the multiple award-winning Rahui, was published in 2011. 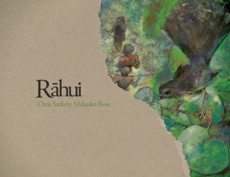 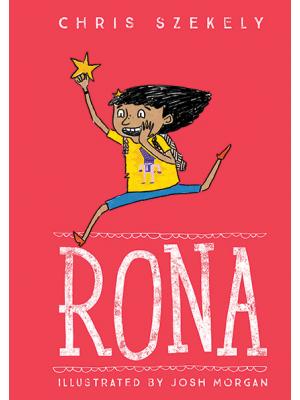 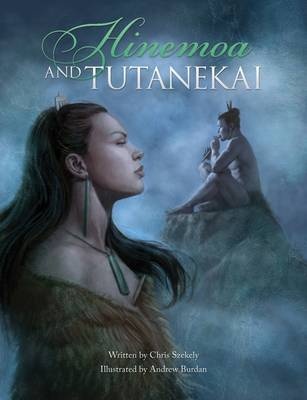 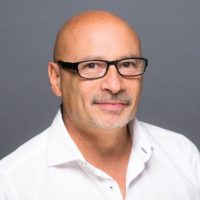 Donovan Bixley is one of New Zealand’s most acclaimed picture book creators with over 120 books published in 31 countries. His award-winning titles span high–brow to low–brow and every brow in between, from his illustrated biography Much Ado About Shakespeare, to the hilarious hijinks of pussycats in planes in Paris in his Flying Furballs series. He’s most well-known for his best-selling pre-school books such as The Wheels on the Bus and The Great Kiwi ABC Book, as well as his colourful and humorous retellings of of the legends of Māui. Among his many accolades Donovan was the recipient of the 2017 Mallinson Rendel Illustrators Laureate Award, which places Donovan’s body of work alongside some of New Zealand’s most celebrated artists. His books have been twice selected for the International Youth Library’s White Raven award which annually lists the top 200 children’s books in the world, and he was recently named a Officer of the New Zealand Order of Merit, for his services to New Zealand children’s books.

Donovan grew up in Taupō and still lives beside the great lake. When not immersed in the world of picture books Donovan is involved in local theatre. He also plays saxophone in several local bands and is the frontman for “Hot Tub”, a 13 piece funk band. 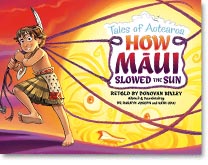 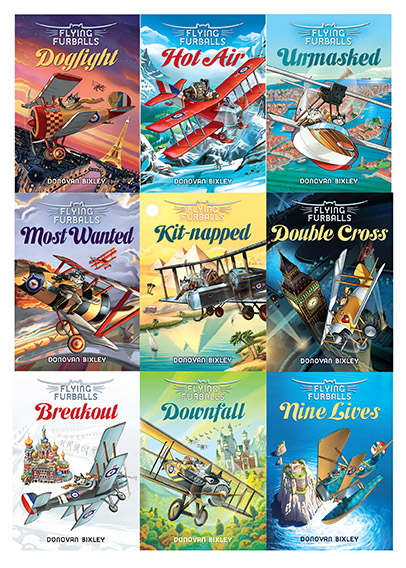 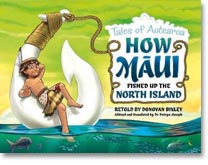 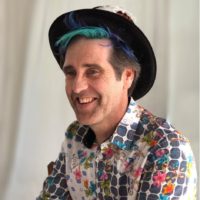 Gareth Ward, a.k.a. The Great Wardini is a magician, hypnotist, storyteller, bookseller and author. He has worked as a Royal Marine Commando, Police Officer, Evil Magician and Zombie.  He basically likes jobs where you get to wear really cool hats – as writer and compere of Napier City’s inaugural Steampunk murder mystery evening he wore a rather splendid bowler.

Born in the town of Banbury in the UK, he attended the University of York where he gained a joint honours degree in Biology and Computer Science.  If you want your cat reprogrammed, he’s your man.

He currently resides in Hawke’s Bay, New Zealand where he runs two independent bookshops, Wardini Books and Wardini Books Napier with his wife Louise and son Max.  With his daughter Alex he has developed a zombie apocalypse survival plan and is regularly disappointed when powercuts prove not to foreshadow the end of the world.  He has a goldfish called Luna, a dog called Tonks and is certain his letter from Hogwarts has been lost in the post.

His first novel ,The Traitor and the Thief, a rip-roaring young adult Steampunk adventure, won the 2016 Storylines Tessa Duder Award, the 2018 Sir Julius Vogel Award for Best Youth Novel, a 2018 Storylines Notable Book Award and was a finalist in two categories at The New Zealand Book Awards for Children and Young Adults. 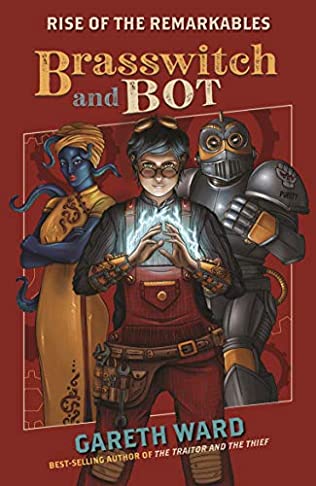 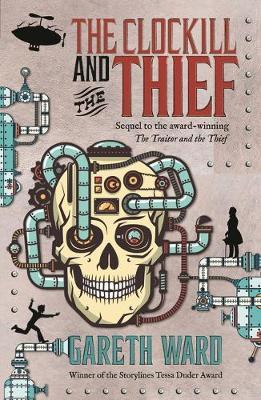 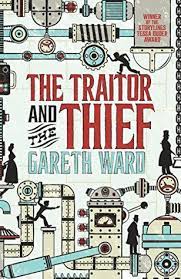 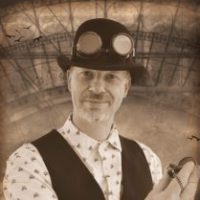